The word Akasha is Sanskrit and means heaven and space. Inspiratören is the Swedish word for “the inspirer”. The Akashainspiratören alludes to the records that Western theosophists and esoterically interested philosophers since the 19th century have referred to as the Akashic records. However, philosophers and spiritual leaders in most ancient traditions, have long before that claimed to have access to this energy matrix that records and always has recorded all events in the universe since the universe was created. (I now refer to a register at a non-physical level of existence.)

Although the word Akasha is taken from the Indian wisdom tradition, the energy matrix is also mentioned in the mainstream Eastern and Western traditions, including the Old and New Testaments of the Bible (there referred to as the Book of Life) and in the Muslim Sufi tradition and the Jewish Kabbalah.

Modern philosophers, who have claimed the existence of and accessibility to this energy matrix include the theosophic founder, Helena Blavatsky, the well-known anthroposophist, Rudolf Steiner, and the Hungarian philosopher Ervin László. In the fascinating bestseller The Field, written by the award-winning journalist, Lynne McTaggart, the all-encompassing field of information she writes about, is a precondition for and closely related to modern theories of quantum physics, something which she is referring to by explaining a number of scientific experiments. In order to find out more about this relationship between the records and quantum physics, I participate in Lynne McTaggart’s 2021 Intention Master Class to refine my methods for group healing, studying her intention tool, The Power of Eight.
Preparing for my soul realignment readings, I connect directly to the Akashic records, which provide me with information on my clients’ energy structure and challenges at soul level. A large number of clients can verify the accuracy of this instrument, which has helped them to challenge old behavioral patterns and allow for new vital force energy. My own use of the Akashic records has been extremely helpful and provided me with large abundance in various life areas, since I got to know how to read and manage my personal energy flow.

The relationship between the human consciousness and the universe is a large interest of mine and I keep on studying much literature on related topics, including spiritual and ancient traditions of wisdom. Many of these topics, I analyze with my clients, especially within the framework of my study groups and book circles. A growing amount of scientific research is today conducted in the areas of healing, meditation practices and mediumship. Accordingly, my intention is that the Akashainspiratören would not only be of help to individual clients eager to explore their inner wisdom, but would also gradually turn into a useful discussion forum for all of us who are anxious to know more about how things are inter-related in the universe when it comes to physics, biological preconditions and spirituality. We will look into what people claim and what the research so far has managed to prove. 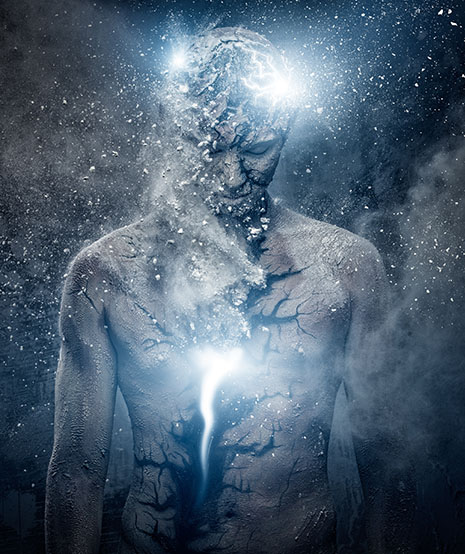 Most modern innovations have been met by skepticism when first meeting a broad public. With time scientific evidences have resulted in useful devices such as mobile phones and aicrafts. It is easy to forget that most people only 150 years ago would have considered us as completely out of our minds, would we have urged them to believe that they could communicate across the Earth only by using a small wireless device and that a couple of hundred people could be transported in the air thousands of miles in a day. Many of the habits we now take for granted seemed highly unlikely to start with but were gradually accepted and taken for granted. I believe that these human abilities preceding innovations have not occurred by chance from one day to another but are merely reflections of our extremely well-functioning human consciousness and inter-connectivity and has been part of us since we emerged on this planet as self-reflective beings. Modern researchers at prestigious universities such as Harvard, MIT and Princeton are engaged in investigations on how this consciousness works and its interaction with energies; many of them measuring how and to what extent we can affect matter with our thoughts and feelings alone. In due course, this website will be complemented by links and reports referring to such research. Some researchers who specialize in quantum physics believe that impact and consequence occur simultaneously, which would provide us with large opportunities to help humanity to solve problems more efficiently than today.

There are many theories but also large human challenges. Therefore, I believe it is important to, although remaining somewhat critic, mainly stay as open as possible to new ideas for how to use our human conscious mind strategically and always be prepared to try new solutions. The history tells us, that large innovations have occurred among open-minded people, not among conservatives, self-centered individuals. With the extremely large challenges the 21st century humanity is facing, I believe, we would certainly need some ground-breaking solutions to problems related to climate change and human exploitation. We would therefore not by ignorance like to leave out any possible "quantum leap" that humanity could benefit from, would we?

Hypotheses for my present work

We are more likely to succeed together

Do you believe that these hypotheses more or less contribute to the understanding of how the human conscious mind is organized and is inter-related to the universe? I would then like to invite you to start cooperating with me to further explore your energies, increase your abundance in life and perhaps also to discuss ways in which we together and, using our collective consciousness and its energies, more efficiently could help the planet and the humanity to survive.

Welcome to an open philosophic discussion with the Akashainspiratören!

Maximize your conciousness and
create a life in abundance!